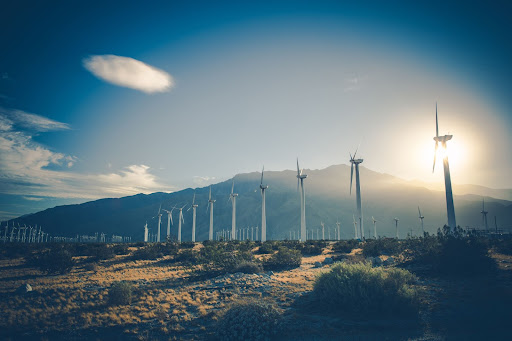 According to the environment and energy department, almost one-third of greenhouse emissions in Australia are accountable for producing electricity. Due to global awareness initiatives, Australians have become conscious of their choices in energy consumption. However, the pandemic has increased power consumption since2020.

What exactly is renewable energy? It is, as the name implies, a never-ending source of power. They also emit fewer or no harmful emissions, making them an appealing alternative to hydrocarbons like oil and coal if you’re concerned about climate change.

What are the advantages of using renewable energy?

Renewable green energy has several advantages for the environment and you as a consumer. Some of the benefits of renewable energy are as follows:

Protecting the environment: By switching to renewable sources of energy, such as solar and wind, you contribute to:

Having personal sustainability: As much as you contribute to the planet, you can reduce your cost of living by going for renewable energy resources. This way, you will not be dependent on outer grids and power outages.

Investment return: The cost of running or maintaining a renewable energy system is meager after your initial investment, such as solar panel maintenance costs. Thus, you’ll be able to generate electricity for little cost. A solar panel system with a battery storage system typically pays for itself in three to five years.

Feed-in tariffs: The government of your state or territory may pay you to feed surplus solar energy back into the grid if you have solar panels. Also, your electricity provider (also known as your electricity retailer) may provide you with a solar feed-in tariff if your energy system meets specific criteria. Depending on your location and provider, you may receive a certain amount of money (if any).

Green power is an Australian government initiative that aims at making it easier for you to select an electricity provider that invests in sustainable energy resources. The purpose is to choose an energy provider that makes your energy consumption eco-friendly. By taking control of environmental damages, you can actually generate a sustainable lifestyle in Australia.

GreenPower does not allow the following renewable energy sources:

Thermal energy is generated by heat and can be directly used to heat water in solar water heaters. On the other hand, PV cells can help generate electricity through light instead of heat. This type of energy can help you: The sun is all yours if you want to make the most out of it. However, solar energy also comes with a few drawbacks. First of all, these solar panels will only work as long as the sun is shining. Secondly, the panels need professional cleaning to work efficiently. Also, it would be best if you stored the solar power in a battery for cloudy or foggy days.

Wind energy has long been used as a source of energy. Wind turbines are primarily used to generate electricity in the twenty-first century. The majority of wind turbines are found in clusters, where steady winds ensure that they operate most of the time. Wind energy, like solar energy, is somewhat inconsistent in supply. As a result, storage and alternative energy sources are obligatory to make them a more efficient source of green energy.

Water wheels, like windmills, are a primitive form of renewable energy that is frequently used to directly power machinery. The process involves using moving water energy to turn turbines that generate electricity. This is what we call hydropower.

The Snowy Mountains complex, built in New South Wales in the 1950s, is Australia’s most well-known hydro scheme. Australia has more than 100 operating hydroelectric power stations with a total installed capacity of about 7800 megawatts (MW). These are located in the highest rainfall and elevation areas and are mainly in New South Wales (55 per cent) and Tasmania (29 per cent). Hydroelectricity is also widely used in Tasmania, where water-powered generators provide most of the electricity supply.

The main disadvantage of hydroelectric power generation is the large amount of water required for continuous operation. Plus, the water level continues to drop due to globalization on a larger scale. In case of these severe droughts, they are most likely to halt electricity generation to preserve water supplies for drinkable water and other uses.

As a result of burning or destroying agricultural by-products, biomass becomes fuel. Solid fuels, such as wood, or waste products, like sewer gas, can be used in this process. Burning bioenergy creates steam that powers turbines and produces electricity.

Methane has a heat-capturing capacity over 20 times greater than carbon dioxide. The burning of Methane releases carbon dioxide, a greenhouse gas. They are converting Methane into gas energy through the burning of bioenergy. Biogas or biomethane (depending on the mixture of the fuel) is used as fuel for specific appliances like gas ovens and heaters.

With geothermal energy, you have to dig beneath the earth’s surface. It uses heat created by magma. Geothermal energy is best suited to areas near active volcanoes.

Water may be injected into the ground in some areas, returning to the surface as steam. That, in turn, can be used to power turbines that generate electricity. Water may already exist beneath the earth’s surface and only need to be probed in other areas. While the Australian Renewable Energy Agency (ARENA) acknowledges that geothermal energy has the potential to be harvested in Australia, this renewable source of energy is currently not cost-effective.

How does RET work?

RET stands for Renewable Energy Target. It is an Australian initiative that targets the reduction of greenhouse emission gas to promote green electricity. This green industry in Australia promotes clean and renewable energy resources.

The best way to achieve green electricity is to compare the energy providers that supply eco-friendly electricity. It will help the environment, enabling you to save on your power bills.

According to the Clean Energy Regulator, the RET is divided into two parts:

Adding solar panels to your home is a viable example of a small-scale target in RET.

What percentage of Australia’s energy is renewable?

How is renewable energy produced?

Renewable energy, also known as green energy, is produced using natural resources. It involves using natural forces to move the turbines and convert them into electricity.

What is the process for supplying renewable energy?

Electricity providers use large-scale generation certificates to supply renewable energy to the energy grid. They purchase electricity from companies that generate it.

Is it worth investing in renewable energy?

It is worthy for several reasons. Such as:

Switching to green energy options is usually as simple as getting in touch with your energy provider. Renewable energy is available in all Australian states and territories. Only 10% of our electricity comes from renewable sources.

Are there any disadvantages of switching to green energy?

There are a few drawbacks you might want to consider before switching to green energy.

The upfront costs: installing energy-saving supplies like solar panels may cost you more initially. But, these green energy systems will save you in the long term.

Location and time of year can affect the efficiency: Solar panels or turbine energy- the type of green energy you choose will depend on your site.

The STCs are available on a federal level to every state and territory. However, Tasmania, Western Australia, and the Northern Territory don’t have any offers. You can find a comprehensive list of rebates, grants, and incentives on your state’s government website.