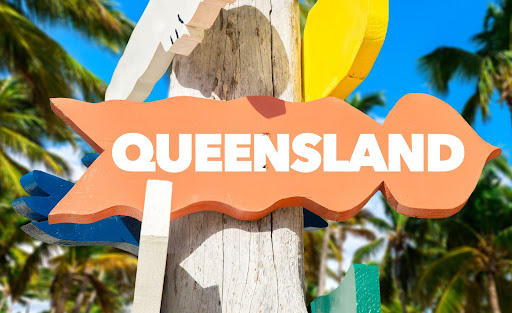 Most Australians will agree that it’s been another rocky start to the year in 2022, and unfortunately, things aren’t going to settle down just yet. Following on from soaring living costs and record petrol prices, Queensland households and businesses are now facing a significant spike in their power bills.

But don’t despair. Luckily, we have some warning that this energy price increase is on the horizon. Australia’s energy companies are warning the increase will come into effect in June, so there are things you can do to protect yourself from a high power bill and save money, as long as you are ready to act now.

**HINT** Jump to the end of the article if you are ready for action!

How much is the cost of wholesale energy going to rise in QLD?

The cost of wholesale power has significantly increased recently. Retailers need to pass this increase on to customers, which will mean a sharp rise in your power bill. QLD and NSW customers are likely to see a 20% increase in their bills, due to the fact that 30% to 40% of a power bill is determined by the wholesale price of energy.

For those of you interested in the numbers, here are the stats. The wholesale price of electricity doubled between January and February 2022, from a peak hour rate of $6,798/MWh to $13,429/MWh (source: AER.gov.au).

In comparison to the same time last year, the Australian Energy Market Operator (AEMO) said this represents a dramatic 141% increase in the three months to March 31st (source: abc.net.au). It is also 67% higher than the preceding three months to December 2021.

In Queensland, where there has been an electricity supply shortage due to the closure of several coal-fired power stations, coupled with record demand, the wholesale price reached its second-highest rate since 1998, at $150/MWh.

Why are energy prices rising in Queensland?

You’re probably wondering why this sudden increase is happening right now. Well, it’s not as sudden as it seems. Rising costs have been simmering behind the scenes, and a combination of factors have aligned to mean that it’s now time for the cost to hit consumers.

In Queensland, several domestic and global factors have increased the price of coal. Two-thirds of Australia’s electricity is generated by coal-fired power stations, and it follows that Queensland has been one of the hardest-hit states, where the dependency on fossil fuels is higher than in Victoria and South Australia. In the first quarter of 2022, Queensland and New South Wales had the highest electricity prices in the country, due to their proportion of coal-fired power generation.

Some of the main reasons for the increase in coal and power prices are listed below:

When Russia invaded Ukraine in February, the international community responded by boycotting Russian exports. As European countries adapt, in order to reduce their intake of Russian coal, prices are being forced rapidly upwards and creating pressure on the cost of producing electricity.

The extensive flooding in Queensland and New South Wales in early 2022 had a devastating impact on the coal supply lines, resulting in a supply shortage that put significant pressure on coal prices in the region.

Along with the war and the floods, the COVID-19 pandemic has resulted in disruptions in the domestic and global supply of coal and power. Domestically, this means that QLD cannot import power from Victoria, despite a much lower wholesale price in the southern states. The global supply disruption has also forced prices higher.

Queensland’s power generation capacity has taken a hit in recent years, with the closure of several coal-fired power plants reducing the energy supply to the grid.

In addition, the explosion in the Callide C Unit 4 at the Callide Power Station in Mount Murchison had both an immediate and long-term impact on electricity generation, with the generator still out of action, and predicted to be unavailable into 2023.

Outages and grid constraints across the state have further impacted the price of electricity, and with more coal-fired stations leaving the market, this impact is set to continue.

While battling a supply shortage, Queensland has also faced an increase in demand – a recipe for disaster! Warm temperatures and heatwaves over the summer months have increased demand, leading to a spike in prices.

Australia’s commitment to move towards green energy will help to protect consumers from bill shocks in the future, but for now, the transition is causing a volatile market that can result in greater uncertainty and higher prices. Some of the key concerns in the transition to renewable energy, identified by the Clean Energy Council, are frequent changes to the Australian government policy and market reforms, as well as grid connection issues and network constraints.

Mr Koenders, the head of energy research at investment bank Barrenjoey, said that “until we get to that endpoint where there is sufficient hydro build-out and battery storage as per government targets, we are going to continue to face increased volatility in the electricity market” (source: abc.net.au).

What does it mean for my energy bill?

With wholesale electricity prices on the rise, energy plans are set to rise too, by an estimated 20%. In South-East Queensland, the rates used by energy companies are based on the Default Market Offer (DMO). The DMO is the maximum price an energy company can charge households and small businesses. It is also the reference price for all their discounts and market offers.

The DMO is set by the Australian Energy Regulator (AER) on behalf of the Australian government. The DMO rate is reviewed annually and adjusted to reflect current market conditions. The AER usually sets the DMO price on May 1st, but this year it has been delayed until May 25th, to give more time to thoroughly review the volatile market. With the sharp increase in the wholesale price of electricity, the DMO will increase on 25th May, which in turn will lead to a higher reference price for your electricity plan.

In addition, the Queensland Competition Authority (QCA), has drafted a price increase for electricity in regional Queensland. These new prices will result in a 4.2% increase for residential tariffs and a 4.5% increase for small business customers.

How can I avoid an increase in my electricity bill?

With the electricity price increase forecast for June, now is the time to take action! There are several ways you can protect yourself from the price spike, and save your money for something more exciting.

Look for an energy retailer offering fixed-rate plans. Typically, energy companies offer 12-month fixed-rate plans, and although the rate might be higher than the variable rate at the moment, it will protect you from the predicted 20% increase by locking in your rate. Contact CheapBills online or by calling 1300 786 045 and we can help you find a fixed-rate plan that is suitable for your home or small business’s energy needs.

Don’t forget, you need to make the switch before the prices go up, so contact us TODAY, before it’s too late!

Many electricity retailers offer sign-up credits for new customers, which can help to offset the cost of your increased rates. At CheapBills we have access to sign-up bonuses from some of Australia’s leading energy companies. Call us today on 1300 786 045 or fill in the online form and our expert team will find you the best deals on the market.

The Queensland government offers electricity rebates of $340.85 for eligible residents, including seniors, DVA card holders and Veterans Affairs Gold Card holders. If you are eligible, you can claim this rebate on top of any discounts offered by your electricity retailer. Find out more here.

Although the news of rising energy costs isn’t what any of us want to hear, there’s still time to make sure you won’t be out of pocket. Our team are waiting to help on 1300 786 045, or online here. 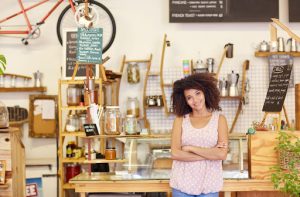