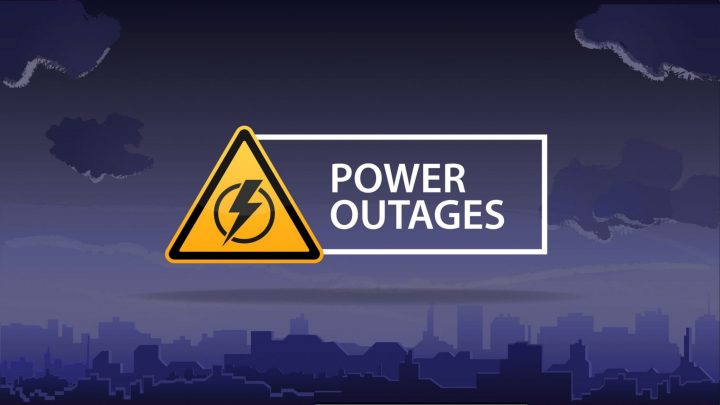 A sudden loss of electricity known as a power outage, can negatively affect everything from working to cooking to being able to see at night.

What causes electricity to fail has many reasons behind it. There are numerous natural disasters and human errors that can cause sudden and prolonged power outages. For instance, the whole state of South Australia lost power on 28th September 2016 during a one in 50 years weather event involving tornadoes, severe thunderstorms, damaging winds, hail and 80,000 lightning strikes. The storm resulted in catastrophic damage to power infrastructure, including the loss of more than 22 transmission towers.

Well, that’s just one example and it is fair to say that power outages are not a joke. It can be dark and stressful to deal with these sudden scenarios.

Let’s highlight some of the common types of power outages and the causes behind them.

Depending on the duration and outcome of an outage, electricity faults fall into three categories:

It is not as grave as it sounds. A permanent fault does not mean that it’s irreparable. It is simply a disrupted power flow or unbalanced voltage issue that gets clear when the power is back on. But, this issue demands a fixation to solve the technical problem in the power line.

When the power is temporarily gone or reduced for some reason, it is a brownout. This type of outage is the safest option to prevent the power grid from a complete blackout. A temporary power outage prevents permanent damages.

This one is the most severe power outage one can face on their premises. A blackout occurs when the entire power system fails. As a result, these outages may last for hours, days, or even weeks depending upon the severity of the weather.

One such devastating example could be, in Australia, where 170,000 homes lost electricity after Cyclone Yasi hit communities on the 3rd of February, 2011 and caused widespread damage. On another occasion, power was cut to 200,000 people in Victoria after bushfires caused the electricity connection to the national grid to shut down 2007.

It is essential to know what causes these power outages to deal with them. Generally, nobody knows when the electricity goes out. Occasionally, a few weather conditions foresight when something like that is about to happen. Here are ten different reasons of power outages:

Power outages have multiple reasons, but stormy weather is the typical one for electricity outages. Be it heavy rainfall, floods, high-speed winds, tropical storms, or extreme heat and lightning. Any of these situations can damage power lines that result in a total blackout.

According to a study, major electricity outages are caused at these rates:

When the electrical supply voltage rises temporarily, a power outage can occur. The most common causes are lightning strikes, tripped circuit breakers, and short circuits. Similarly, tidal waves and volcanic eruptions are less common reasons, but they can cause power fluctuations.

Motor vehicle accidents are one of the most common causes of electricity outages. A car or a truck out of control is most likely to hit the poles resulting in power line disruption. Generally, this type of power outage temporarily affects a small area.

Wildlife can also contribute to power outages. A bird, squirrel, or other small animals can chew through power lines to forage for food, knockdown components while foraging, or short-circuit connections as they build nests. Electricity also seems to attract some animals due to its warmth and humming.

Bushfire is an emergency in which the electricity is often disconnected to prevent any further risk. In 2019-20, Australia had to face bushfires at an intense level. It was a period of bushfires in many parts of Australia, which, due to its unusual intensity, size, duration, and uncontrollable dimension, is considered a mega-fire.

In addition to this catastrophic Australian Bushfire, fallen trees due to high wind also cause electricity outages. High winds and heavy snow falling causes the poles and electrical infrastructure to snap for a few hours or even days when not attended timely.

Faulty power equipment or deceased machinery can also cause these random power outages. Typically, transformers and power grids break or trip while running. But, these random outages usually affect only a certain area. Plus, these power issues require on-time attention. Otherwise, it may take an entire day to get them back on, especially during the rainy season.

High energy demand is a common but unexpected power outage scenario. Usually, it happens on a hot summer day when more households and offices use Air conditioners that draw more electric power at a time. So, a temporary blackout may occur due to excessive energy demand. The system gets back to normal once the consumers lower down.

Preventable accidents cause too many power outages. It happens due to human error. That’s why utility poles can be knocked down during construction. Also, excavators can cut underground pipes.

You might wonder why the electricity went out. It’s no surprise that it could be a planned outage. There may be reasons behind power outages, such as routine maintenance. Depending on the age and configuration of the system, these types of power outages may be more frequent. In some cases, the energy suppliers will inform you about the planned outages.

Cyber-attacks are not a common reason for power outages. Major countries like Australia have super active power suppliers and an extensive security system that protects their main power grids from any foreign attack. Due to this, these types of cyber-attacks are rarely successful.

Whether it is a random or a planned power outage, it is going to bring inconvenience with it. People are more likely to face water and gas interruption, food outages, no air conditioning, damaged electronics and business revenue. So, the question is, what do you do in such situations?

How to deal with a power outage?

Your first instinct might be to call your electricity retailer. But your electricity provider only suggest the power connection to homes and businesses in your area. Most probably, the retailer will assist in the matter and connect you to the distributer of those poles and wires. They will then send someone to examine the fault and get it back on running.

Moreover, the phone lines would be busy if the outage occurs on a larger scale. So, you got to have some patience in this matter. In addition, you have to keep safety measures in mind if a power outage happens due to severe weather conditions. Most importantly, do not try to be hasty in these technical crises.

No matter what causes power outages, these situations are inconvenient, especially when there is a blackout. Knowing what causes them to happen may lessen your anxiousness. So, be prepared when there is a weather emergency/severity. Also, you are most likely to know if it is a planned outage. Be it random or planned – try to stay calm and safe. Contact your electricity provider when only your area is affected.