In a year that has started with floods, the pandemic and sharply rising costs of living, the news that your energy bill is about to increase is probably not what you want to hear. Well, there’s good news and bad news; the bad is that an energy price increase is just around the corner, with electricity bills set to rise by a whopping 20% in June. But the good news is, there’s still time to protect yourself from this increase, but you need to act now!

Keep reading to learn more about why this electricity price rise is happening, or skip straight to the end if you want to start saving money NOW!

What has caused the electricity price to rise in NSW?

After years of low energy prices due to the decrease in demand during the pandemic and the reduced cost of wholesale energy, this price rise might feel out of the blue. However, faced with the perfect storm of factors, energy retailers are now being forced to pass on the spike in costs to consumers.

The flow-on effect of an increase in the price of coal and wholesale power is inevitably an increase in your power bill. Here’s why this is happening:

In Australia, two-thirds of electricity comes from coal-fired power stations, and in New South Wales dependency on fossil fuels is particularly high. In the first quarter of 2022, NSW and QLD have suffered from the highest electricity in the country due to their high use of fossil fuels compared to the southern states. It follows that NSW and QLD are also the states facing the biggest price rise for the remainder of the year.

There are several domestic and global issues that have resulted in the increased cost of coal:

Along with the increased cost of coal, there are several additional reasons that the price of wholesale power is going up in NSW:

How much will my electricity bill cost in 2022?

In 2022, the high price of wholesale electricity in the eastern states will lead to a bill increase of around 20% in the second half of the year for NSW and QLD residents.

In New South Wales, the Default Market Offer (DMO) is used by electricity retailers to determine the rates they charge customers. The Australian Energy Regulator (AER) sets the DMO price every year, as part of the Australian government’s initiative to provide affordable and fairly priced electricity for everyone. The DMO is the maximum price that energy companies can charge for electricity, replacing their expensive standing offers. Retailers must also use the DMO as a reference price for their discounts and market offers.

The AER reviews the price of the DMO rate every year to reflect the current market conditions. This usually happens on May 1st, but this year it has been delayed until May 25th, to give more time to thoroughly review and assess the impact of the volatile market. With the recent increase in coal and wholesale prices, the DMO is set to increase for the 2022/2023 year, which in turn will lead to a higher reference price for your electricity plan. 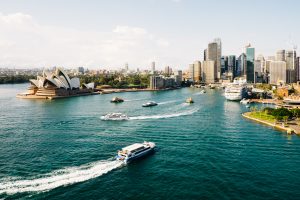 How can I save money on my electricity bill?

Although it might sound like a foregone conclusion, there is still time to protect yourself from the price rise in June. But don’t leave it too late – you need to switch to a new plan before the higher rates arrive to keep your money in your pocket!

These are the three key things to look out for before you make the switch:

Finding a fixed-rate plan means you can lock in the current electricity rate and avoid the 20% rise in June. Look for an energy retailer that offers a 12-month fixed-rate plan. Even though the rate might be higher than the current variable rate, it will save you money in the long term by guaranteeing that you’ll pay the same price for electricity all year, even after the rates go up. Contact CheapBills online or by calling 1300 786 045 and we can help you find a fixed-rate plan that is suitable for your home or small business’s energy needs.

Don’t forget, you need to make the switch before the prices go up, so contact us TODAY, before it’s too late!

As a thank you to new customers, several electricity retailers offer sign-up credits, which can help to offset the cost of your increased rates. At CheapBills we have access to sign-up bonuses from some of Australia’s leading energy companies. Call us today on 1300 786 045 or fill in the online form and our expert team will find you the best deals on the market.

The New South Wales government offers concessions, rebates and assistance to eligible residents to help with the cost of electricity and gas. Some of the rebates available include Family, Seniors and Low-Income. If you are eligible, you can claim these rebates and concessions on top of any discounts offered by your electricity retailer. Find out more here.

The price rise is just around the corner, so there’s no time to delay. To avoid a bill shock in June, make sure you take action today. Our team is waiting to help on 1300 786 045, or online here.